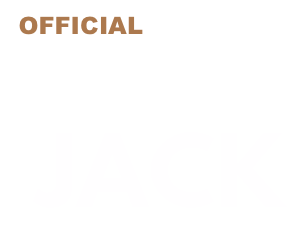 Keith Jack is best known for his appearance in the BBC1 Show ‘Any Dream will Do’, coming in second.

Shortly after the program Keith joined the UK Tour of Bill Kenwright’s Joseph and the Amazing Technicolor Dreamcoat in which he played The Narrator. He then created the lead role of Charlie in the new musical Only the Brave, which premiered at the Edinburgh Fringe Festival, following this he was asked back to take over the lead part of Joseph, which he played for three years.  He has just finished playing the role of Alistair in the Edinburgh festival and UK premier of Sincerely Mr Toad and can currently be seen in HMS Pinafore playing the part of Ralph Rackstraw.

Concerts include; Performing in front of her Majesty the Queen and the Spanish Royal Family at the ‘Parliament Picnic’,The Great Scot Awards, Scottish Hotel of the Year Awards, Choices for Life 2008 & 2009 playing to over 100,000 people,Lauder Live at Thirlestane Castle, , BBC Two’s Friday Night is Music Night,  Music Music Music John Barrowman’s album tour at the Hammersmith Apollo, Andrew Lloyd Webber’s Birthday concert at Hyde Park, BBC’s Songs of Praise and headlining Aberdeen’s Hogmany street party 2009 with Sandi Thom and Amy Macdonald. Most recently An Evening of Movies and Musicals in Cardiff and Edinburgh with John Owen jones and Ruthie Henshall. Also He has just recently finished a album tour with Ruthie Henshall and was part of 42nd street gala concert

Since appearing on ‘Any Dream will Do’, Keith has been asked back by the BBC on several occasions including the When Joseph met Maria and I’d Do Anything.

Keith has released two albums. His debut was called This Time and went straight into the Top 40 . His most recent album An Evening at the Musicals was released in 2010 and is available from his website and all download sites.  He completed two sell out UK Tours of these albums. Keith can also be heard on John Barrowman’s album, Music, Music Music.

In 2011 Keith was in New York recording the soundtrack for the award winning film, The Dreams of Kings